Trifles are one of my favorite semi-homemade desserts to make. They’re so easy, you can make a ton of different flavor combinations and they’re a crowd pleaser! Whether you need a dessert for a potluck or for a family dinner, this patriotic berry trifle is one you’re going to want to try. 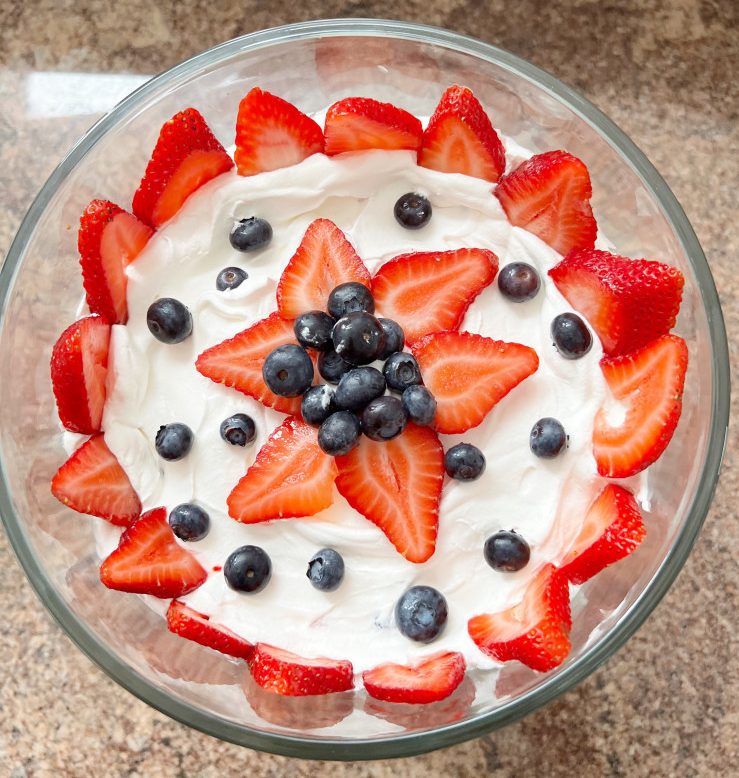 Here is the line up of ingredients you’ll need…

The most you have to do when it comes to prep work is wash and cut the strawberries and cut up the pound cake. 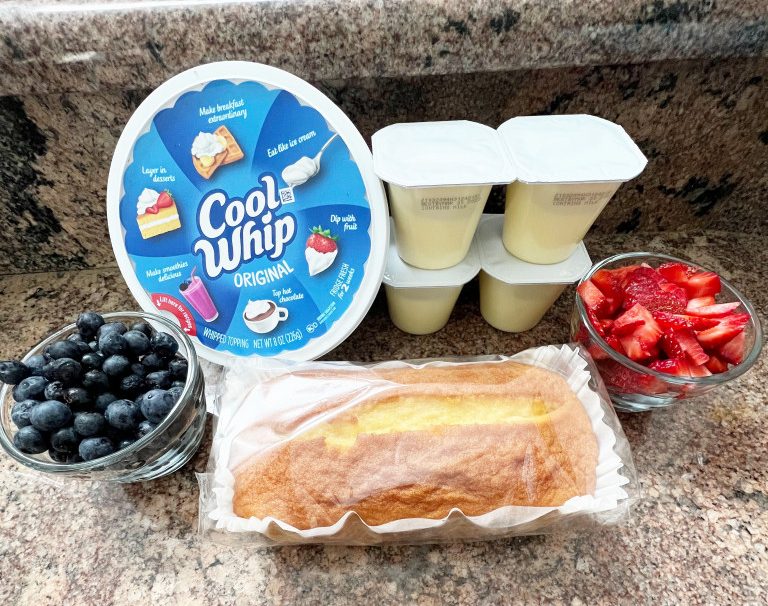 Head on over here to see a quick video of how to make this dessert. 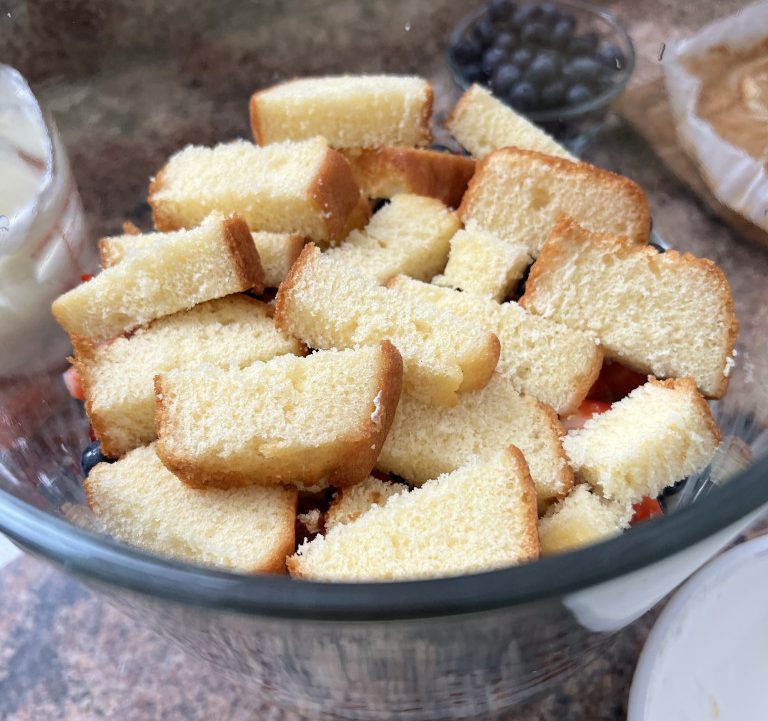 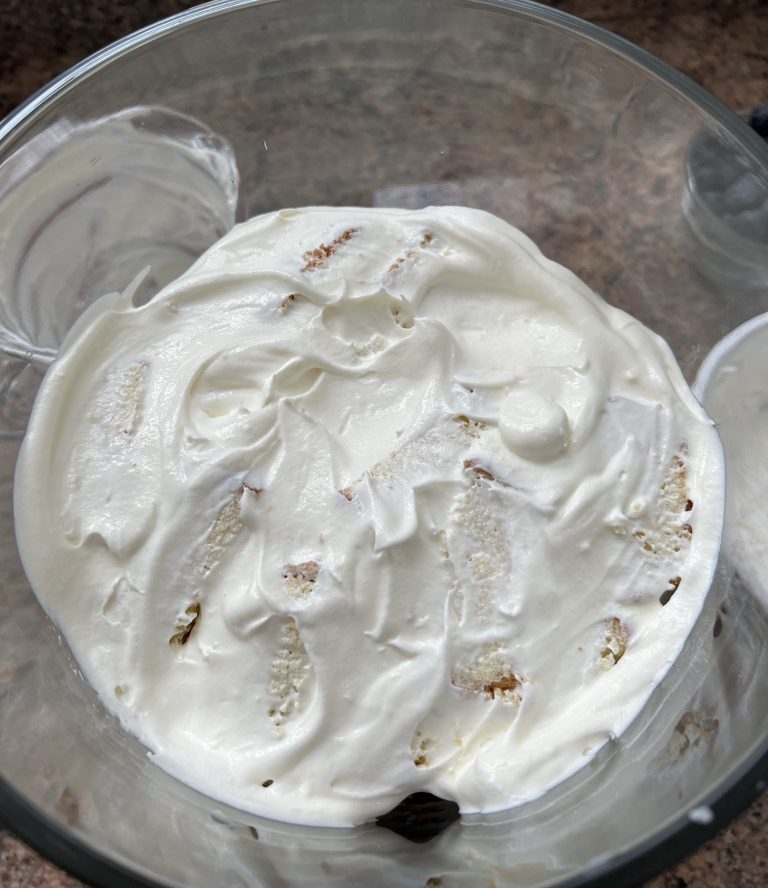 Next, you’re going to do a layer of berries. I did about a cup of each, taking turns pouring them over the pudding mixture. 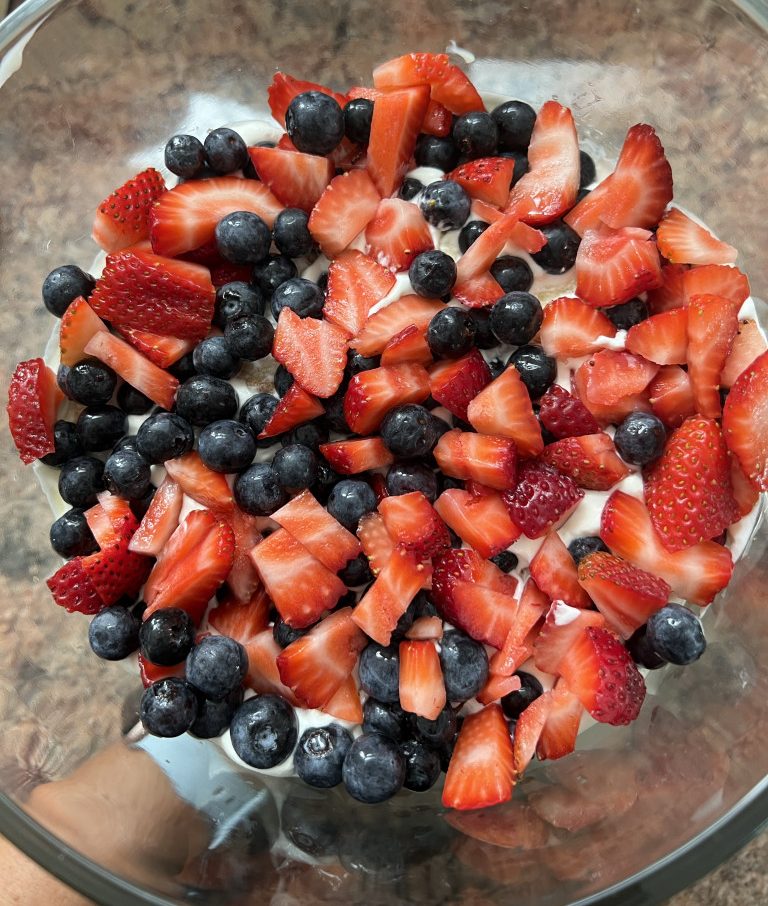 After that, repeat the three steps again, in the same order. You’ll end up with 2 layers of cake, 2 layers of pudding/ cool whip and 2 layers of berries. 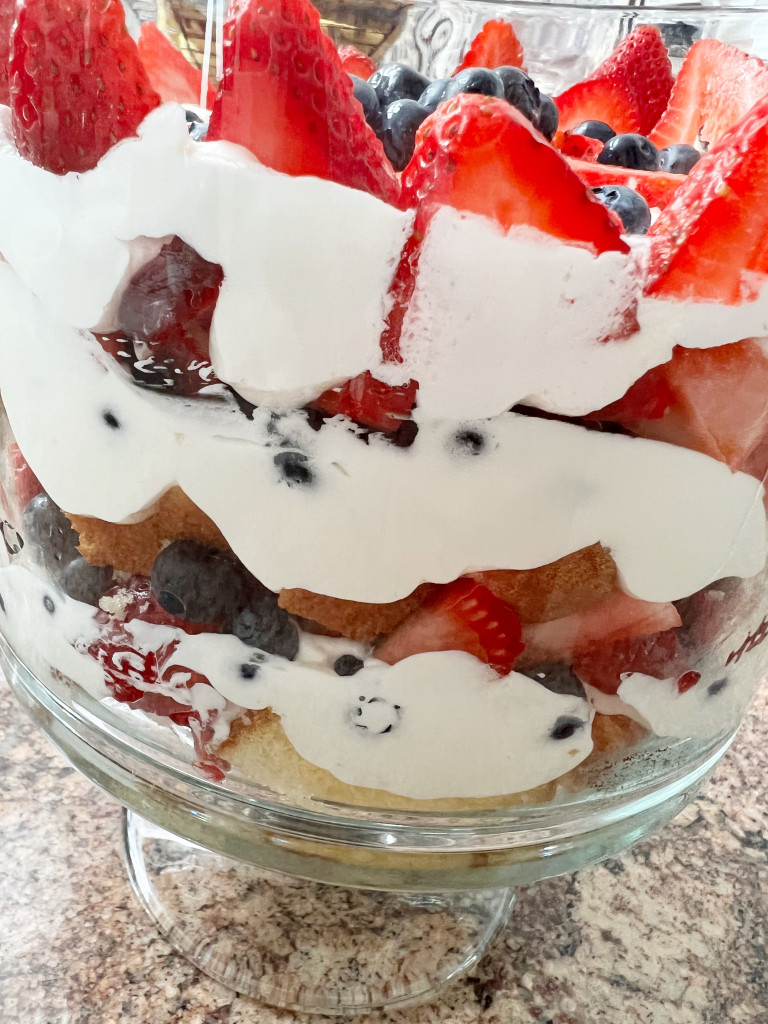 Now, it’s the fun part!  Time to top it off and make it pretty! Use the remainder of the cool whip containers for the top of the trifle. Spread it out over the last layer of berries, making sure to cover it all. After that, you can add extra berries to the top to finish it off. 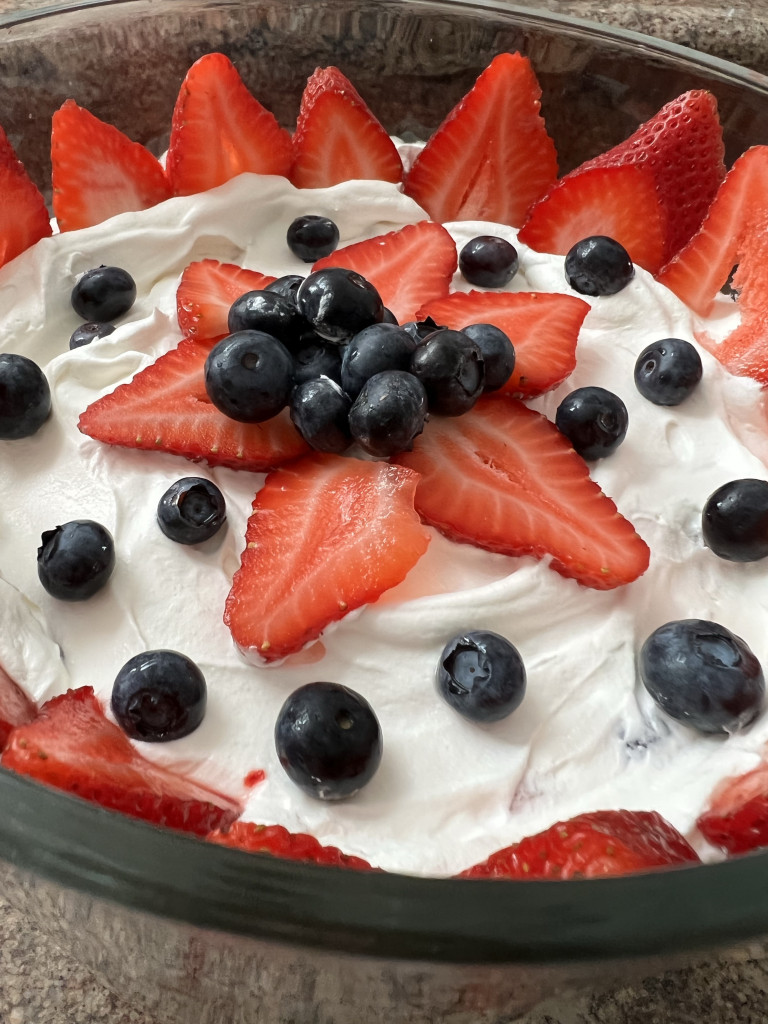 This trifle took less than 20 minutes to make from start to finish. It’s one your kids could easily help with and it lasted just a few days in our house! Enjoy! 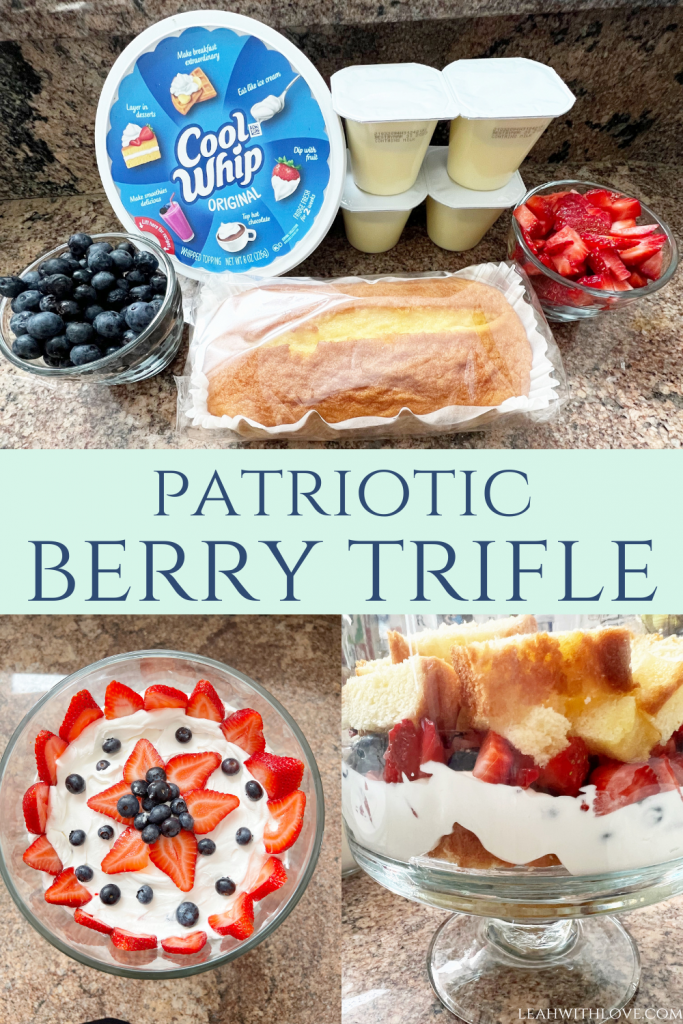 If you need more patriotic ideas, make sure to follow my RED, WHITE & BLUE Pinterest board and check out the posts below. 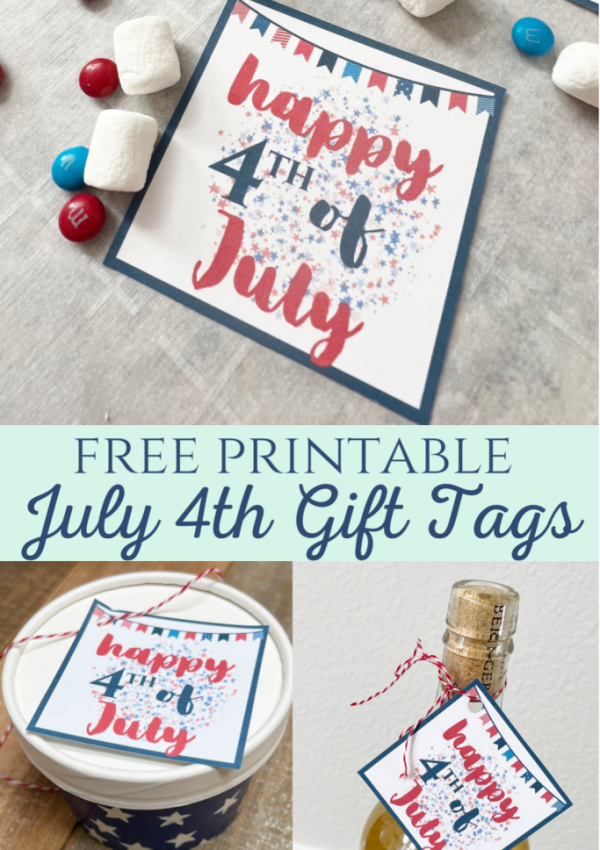 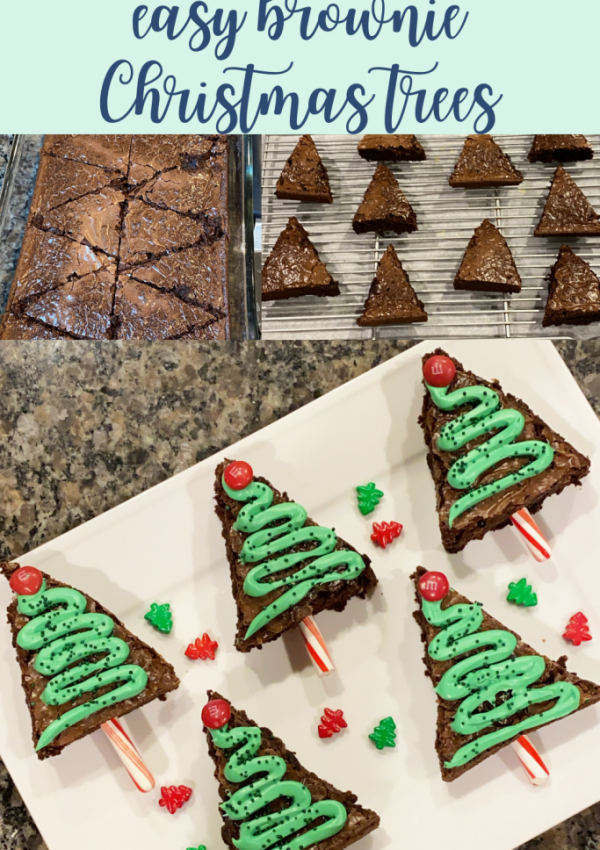 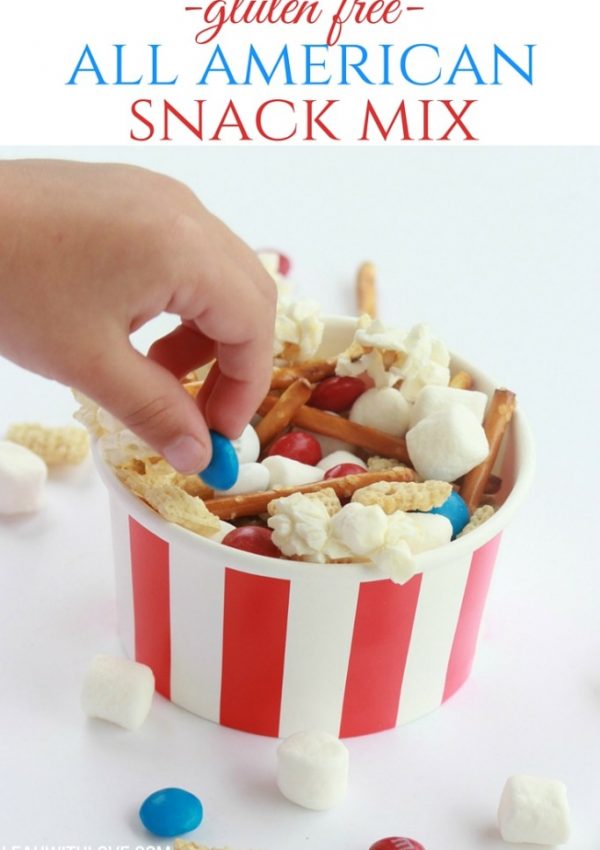 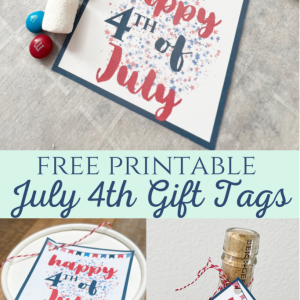 If you’re looking for a new cookie recipe to try