Today, I’m happy to introduce you to Caroline from Simply Smithwick.  Caroline and I go back over 10 years.  We were Adpi’s at the University of South Florida together.  Over the years and mainly thanks to blogging, we’ve become great friends.  We’ve been through a lot and leaned on each other during the hard times.  I am so blessed to have her as a friend and couldn’t be happier to watch her family continue to grow.

Hi, everyone!  I’m Caroline from Simply Smithwick.  I’m a mom, wife, runner, travel junkie, and sometimes I attempt to cook.  My blog chronicles our daily lives.  I love sunshine, warm weather, anything chocolate and my birthday!  I am your typical new mom, but our journey to parenthood is anything but ordinary.

My husband, Fred, and I had been married for a year and half when we started trying to start our family.  After a year of nothing, we sought out medical help.  We tried Clomid for a few months until I discovered that I had a dermoid cyst that had to be removed in July 2010.

After my surgery, we tried Clomid again and sought the help of a fertility doctor in June 2011.  Little did I know at my first visit that I was pregnant.  You can imagine our surprise.
I was 10 weeks pregnant when I went in for a routine check up and the ultrasound tech discovered that the baby no longer had a heartbeat.  That was the most devastating day of my life.  We later found out that our baby girl, Lauren Elise, had Downs syndrome, which possibly contributed to the miscarriage.
In December 2011, I had to have another surgery to remove “fluffy tissue”, endometriosis, and a band that was wrapped around my ovary.  This was all in hopes to give us the family we had so desperately longed for.
It took me a while to really get my head and my heart back in the baby making game.  We went to see our fertility doctor again and he suggested we try IUI in January 2012.  When that didn’t work, I was devastated.  We decided to take a break.
In June 2012, we decided to try IVF.  We had two perfect embryos, but neither of them took.  So, we were faced with the decision to keep trying or to adopt.  We chose adoption.
After two months of adoption paperwork, we chose our agency and were placed on the waiting list.  We were given a time frame of 3-12 months for a placement.  Three months and one day later, we got the call.
On December 6, 2012, we welcomed our son, Eli James, into the world through adoption.  He was an answer to so many prayers.  His adoption was finalized on my 30th birthday, December 12.

Our family was now complete, but God had other plans.  I found out I was expecting a baby in June 2013.  Eli was only 6 months old and we were in shock.   Although this baby wasn’t planned, we wouldn’t have it any other way.

We believe God sent Eli to us because we were meant to be his parents.  He is the greatest joy and I’m excited for him to become a big brother.   Everything had to happen for us to be his parents.
I am currently 6 months pregnant and anxious to meet Baby Boy #2 in January 2014.
We truly believe that everything happens on God’s timing.  I would go through everything a million times over just to have the beautiful family we have.  If you are struggling, there is hope.
Trust in God and never give up!
You can follow me on Twitter, Instagram and Facebook.
Special thanks to Leah for letting me be a part of this series.
Come back next week for Jesica’s story. 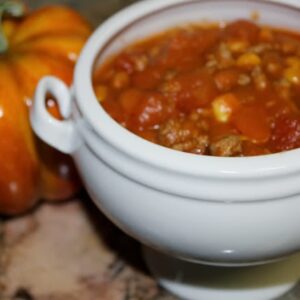