Our journey to parenthood is back and I couldn’t’ be more excited.
Please help me welcome Julia from My Life in Transition.

Hello, ladies (and possibly a few brave gentlemen)! I am Julia from My Life in Transition, and I’m so happy to be here today. I’m the mom to an-almost-four-year-old handsome devil named Truman. I’m the mom to a precious red-headed firecracker named Cecelia who is 19 months old, who is our rainbow baby (more in a bit). And I’m fifteen weeks pregnant with baby number three who is due to arrive in early July. Life is about to get even more chaotic and we are thrilled/scared to death/in denial.

I work part time as a Physical Therapist, I’m Nate’s wife since 2007, I love to blog and tend to ramble, I post too many pictures of my children on Instagram (mrsjuliagoolia is my user name), I drink black coffee, red wine, and I run (all three of which are best enjoyed when not pregnant).
(new mom to Truman 2010)

That’s me in a nutshell. So why is someone with 2.5 children posting here about my ‘journey to parenthood,’ when I openly admit that I’ve never struggled with infertility and I’m knee deep in parenting right now? Well, I’m a part of the club that nobody wants to join, but there are far too many members to be ignored. The miscarriage club. My journey doesn’t include difficulties in getting pregnant (for which I’m extremely grateful) but I’ve had my share of pain with pregnancy loss and complications that followed. I’m forever changed by my loss. I wrote about my experience here on my blog, when my loss was still fresh. And here about my grief. And here about the concept of closure. Blogging helped me work through my emotions. It connected me to other girls who understood. I’m still floored by the number of emails I get from readers who are going through their own heartbreak. I’m thankful that none of us are alone in this, but when you are walking in your own valley of despair it’s hard to see the light at the end of the tunnel. I can only imagine that the struggle to get pregnant must have a similar feel of ‘being in the valley’ and my heart goes out to anyone going through infertility and/or loss.
My story is a little different than the other girls who have posted here before me because I already had Truman when I suffered my miscarriage. In some ways I felt comfort in knowing at least I *could* keep a pregnancy and I was incredibly thankful for my first born. But at the same time, I knew how amazing it was to be a mother. I knew what I was losing. Truman’s sibling, our second baby, was like a page ripped out of our storybook. We had to say goodbye before we even said hello to sweet Wren, after I got those fateful two words at my nine week ultrasound: No heartbeat. The day before my thirtieth birthday, 4.26.11. It’s a date forever burned into my memory just like the birthdays of my babies here on earth. No, I will never forget the details of that day.
A baby that stopped growing at six weeks. No flicker of life on that screen. Just an immobile blob that was our second child. The look on Nate’s face as we made eye contact in that ultrasound room. Truman’s innocent gaze at his mama, as he sat in his father’s lap—my symbol of motherhood. My son who was supposed to be a big brother that November. The boys were amazing and supportive and let me grieve. And grieve, I did.
I was shocked. Angry. Jealous of everyone around me experiencing text book ‘perfect’ pregnancies (which, ironically, was almost every one of my close friends). Betrayed by my body. So angry. Guilty, because maybe I should just be satisfied with one healthy child when so many women would give anything for the same. But in my heart I wanted another. I had another and lost him. It wasn’t fair. Did I deserve this? I was so devastatingly sad that I wasn’t sure I could go on. But of course, I did.
(my necklace to remember baby Wren, our November bird who flew away too soon)

The hardest part for me was that my body didn’t recognize the pregnancy loss and never started bleeding on it’s own. I waited a week after that ultrasound, took Cytotec to force the process, and then bled for five weeks straight. And then I began to hemorrhage.  While I was in the ER, I lost a scary amount of blood. I was practically begging for a D&C at that point (and wanted the surgery early on but they assumed my body was taking care of it). But the OB on call threw out words like ‘hysterectomy’ and ‘large mass’ and ‘not if you want to have more kids’ as she refused to do my surgery. I feel that my case was handled like absolute crap and won’t go into it here, but thank the good Lord I went back to my original OB who had delivered Truman and got a second opinion. I needed that D&C badly and she was surprised I didn’t already have a raging infection from the ‘conception products’ that were still inside me for so many weeks. She gave me my D&C. We followed the rules, waited two cycles, and tried again.
The second month I saw two lines and was equal parts overjoyed and paralyzed with fear. Being pregnant after a loss was one of the most challenging tasks I’ve had to mentally conquer. It didn’t help that after some disheartening lab values in the first few weeks, I began to bleed profusely (i.e. through my pants) while at work. I was six weeks pregnant and was convinced that I was having another miscarriage. I was resigned to it, in fact.
God had other plans, and at the ultrasound that night we saw the most beautiful site in the world: a heartbeat! A fighter baby who was up against a huge sub-chorionic hemorrhage in my uterus, but she would win. Our little Cecelia is a miracle baby who could not be more celebrated. She gives us a run for our money in ways we never predicted, but she is our sweetest blessing. Someday I will give her an earful for scaring us to death in my first trimester of pregnancy, but for now I will settle for frequent cuddles.

Yes, I’m pregnant for a fourth time. And yes, my fear of a loss is very real this time, too. Now that I’ve been on the ‘bad’ side of of statistics I find little comfort in the concept that everything is ‘probably fine.’ But I know that we will get through whatever lies ahead and that worrying will not make it any easier. I’ve come a long way since my loss and am proud to say that I can enjoy and ‘let go’ during what is likely my final pregnancy. It’s been quite the journey that included significant personal growth, a closer relationship with God, better communication with my husband, and two (going on three) precious babes. It’s been worth the pain and heartache, a million times over.

I wrote this post when Cecelia was about four months old and it’s still one of my favorites. My other posts on loss are difficult for me to read and re-live. But this one brings me to tears in a different way. Thank you, God. Thank you, thank you, thank you.
My advice for anyone going through a loss? Take the time to grieve. Get mad. Write it all out if that helps you. Find your best source of stress relief and milk it for all it’s worth. Talk to anyone who understands. I met some amazing women-turned-friends through my loss on The Bump’s message boards–specifically the miscarriage/loss board, the TTC after loss board, and the pregnant after loss board. Do not let the grief swallow you whole but let it process and take your time. I found that truly the only thing that healed my broken heart was my next pregnancy test, but even then my loss never left me. It’s a part of me now, a part of my story, a page in my book and I am not ashamed of it. I don’t know how your story will unfold but know that you are not alone in this.
For anyone who’s trying to support their friend suffering a loss, and you just don’t know what to do or say? Be there. Don’t be afraid to say the wrong thing and offer a shoulder, an ear, a cup of coffee or some wine. Don’t make light of the situation but don’t gloss over it, either. Weeks and months later, don’t be afraid to tell her that you love her and are thinking about her. I found that a simple ‘I’m thinking of you’ message went a long way for me. You don’t have to say all of the right things. Just being there is enough.
Wow, sorry that I just wrote you a novel on this topic. I guess it’s one I find very important and something that requires a LOT of words to explain. If you’ve made it to the end of this post, cheers to you! And thanks to Leah for letting me write it all out here. 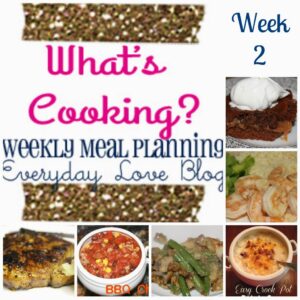