Happy New Year!
I can’t believe it’s already the 6th of January.
I’ve started and stopped this post more times than I can count.
There are so many things going on right now, I feel like I spend half my day sidetracked.
I’ll add that to the growing list of things to work on this year!
2015 has come in with a bang. At only six days in, things have been really eventful. Definitely more eventful than I would like. I may have asked for a redo on 2015 a few times already. Not going to lie, I’m a little nervous about this year. I don’t have the best track record with odd years. I’m hoping this one will be the year to break the cycle. Fingers crossed!
With that said, I really am excited for the new year and a clean slate. I had a lot of plans for 2014 and God had different plans. Of course, His plans were greater than I could have ever imagined. We have a baby boy, we’re back in Florida and we’re finally settled in our house.
Now, it’s time to start thinking about what I want out of life in 2015. Over the past month, I’ve cut down on my blogging time and used that time to dig deep and think about this upcoming year.When I think back to last year, there was a lot of unknown. I was finally adjusting to life in Texas just before I became pregnant with L. With his pregnancy, I was sick for over 4 months. Every single day. I didn’t have the energy to do a lot of the things I had planned for the year. One of the biggest ones, was my 52 weeks of kindness goal. I will definitely pick that back up this year and I’m hoping to inspire others to join me.
The past few years, I’ve also picked a word to focus on for the year. In 2013, it was enjoy. In 2014, it was intentional.  This year, I thought long and hard. After Christmas, my mom and I were taking a walk around the lake with L. We were talking about my dreams for the upcoming year and how I was going to make them happen. I realized what many of those dreams had in common was the word INSPIRE. There you have it, my word for 2015.

I also chose a motto for the year. I couldn’t decide between two for a while. The second runner up was Give it to God and LET IT GO! I spend too much of my time over analyzing and worrying about things out of my control. That is an area of my life I will always be working on.  The winner and one I chose this year is BE A BLESSING.
One of my main goals this year is to give back and be a blessing to others. It fits perfectly with the word of the year, Inspire. We get one shot at life. I want to set an example for my kids and those around me. I want to get the most out of each day and focus on what is going right instead of the things that go wrong. I want to really LIVE and do it with passion and intent. By doing so, I hope to inspire others to do the same.
I hope to start back up with my monthly goals this year and pick one goal for important areas of my life. Come back tomorrow for my January goals.What are your plans for the new year?  What do you want to get out of the next 359 days?
If you could choose one word to focus on this year, what would it be? 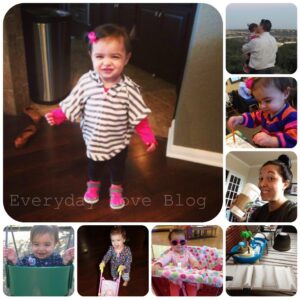 Back with another #backtoschool gift gift idea! Th